For decades, sewage sludge has been dumped into the ocean as a means of recycling the water used and so that people did not have to find a way to store it safely. Sewage sludge is defined as “a mixture of water, inorganic, and organic solids removed from municipal wastewater by physical, biological, and/or chemical treatment and it and liquid effluent are the two products resulting from municipal wastewater treatment” (Guisti 1). The Ocean Dumping Ban, signed into law in 1988, prohibited ocean dumping after December 31, 1991. Dumping is currently banned in the United States, Sweden, Switzerland, and many other countries, but it is still done illegally in many places, including the United States. Many companies dump sewage sludge legally on land as a fertilizer once it has been properly treated. Until 1992, two dumpsites, one 106 nautical miles southeast of New York Harbor and one 12 miles southeast, were used for sludge disposal. Because legal sludge dumping was banned, the two sites provide researchers with a large study area to determine the effects that sludge has had on the aquatic environment.
There are three levels of sewage treatment, with tertiary being the most effective form of treatment. Most cities in the US used a combination of primary and secondary treatments because tertiary is too costly. The cost per month per resident for treatment up to the secondary stage is $18, where as for tertiary treatment it is $46, which is quite a significant increase (Hartman 9). Primary treatment includes the settling of sludge to remove the oil and grease that remain at the top of the liquid. Secondary treatment occurs when the settled sewage liquor is consumes using aerobic biological processes, mainly bacteria and protozoa that consume biodegradable soluble organic contaminants and bind to less soluble fractions, which are then filtered out. Tertiary treatment includes sand filtration, lagooning of the liquid to cause more settlement, and removal of nutrients such as nitrogen and phosphorus. After this process occurs, the liquid water is returned to the environment and the solid sludge is further treated, sometimes being dehydrated and turned into fertilizer pellets. 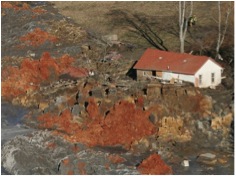 During the dumping period, researchers found elevated levels of benthic communities, including sea urchins, sea cucumbers, and star fish, which are able to make use of the organic material in the sludge. There were also increased levels of silver found in the sediment was “20 times higher at the site relative to an unaffected reference area” (NOAA Research). While these numbers decreased once dumping was stopped, elevated levels of silver and sediment-dwelling organisms were found 50 nautical miles south of the dumpsite, indicating that the sludge materials suspended in the water were transported south by the ocean currents. This also indicated that the sludge affected not only the dumpsite, but also many areas near the zone. Also, elevated levels of organic contaminants, including PCBs, used as a dielectric and coolant fluid, PAHs, occur in oil, coal, and tar deposits, in surface sediments around the dumpsite could still be detected. These pollutants have “been associated with mortality, malformation, abnormal chromosome division, and higher frequencies of mitotic abnormality in adult fish from polluted areas compared with those from less polluted regions of the northwest Atlantic Ocean” (Johnson 5). This can be seen in the lobsters in the 12-mile site, which developed a shell disease that erodes the carapace that covers their cephalothorax, as well as in “larval deformities in haddock reduced hatching success and increased larval mortality in winter flounder, skeletal deformities in Atlantic cod inhibited gamete production and maturation in sea scallops, and reproductive impairment in Atlantic cod” (Johnson 5). This research should be a obvious wake up call to most people, demonstrating the effect that treated sewage has on our environment. 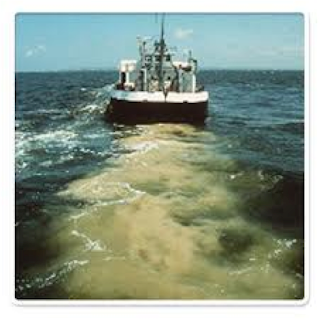 Once the Ocean Dumping Ban was put in effect, people tried to find new ways to dispose of sewage sludge. One of the most prevalent ways to do it is to use the sludge in agriculture for a fertilizer. This form of disposal is not a tightly regulated as it should be, because the run off from agriculture is bringing the pollutants back to waterways after storms or the land being watered. If the treated sludge that was dumped into the ocean is causing so many biodiversity problems in the sea, why should we be using them on land? In order to properly use treated sludge as fertilizer, one would need to know where it’s from, how it was treated, and what it’s made of, so as not to cause contamination from other sources. Often times sludge is brought to different places from other places around the US, increasing the potential for contamination because sewage sludge is treated differently in different cities. This potentially contaminated sludge is what we’re using to grow our food supply with.
Often times the run off from these farms using treated sludge finds it way back into the aquatic environment causing harmful algae blooms that contribute to the eutrophication of submerged aquatic vegetation. Chesapeake Bay is a great example of the effect of fertilizer and sewage treatment run off. It was found by Short and Burdick that “eelgrass losses in Waquoit Bay, MA with anthropogenic nutrient loading primarily as a result of increased number of septic systems from housing developments in the watershed” (Short and Burdick). Eutrophication of seabeds causes decreased “shoot density and blade stature, [decreased] the size and depths of beds, and [stimulates] excessive growth of macroalgae (Johnson 8). If eutrophication occurs, the amount of dissolved oxygen in the water is significantly reduced, causing a reduction in primary producers, such as eelgrass in Chesapeake Bay. The loss of primary producers reduces the amount of secondary consumers that feed off of primary producers, as well as tertiary consumers. The increase in algae blooms blocks the primary producers’ food source, the sun, which in turn decreases the amount of dissolved oxygen in the water, decreasing the secondary and tertiary consumers ability to live.
We need to find different ways of disposing of sewage that does not affect ocean biodiversity or our food supply. There are many countries, such as Sweden, Egypt, and Germany, who are using sewage sludge in novel ways. One country to look to for solutions is Sweden. They have engineered a way to convert their sewage into sustainable gas and power that they use to power about a thousand cars on the road, by upgrading the sewage and injecting it into their gas lines that support eighteen filling stations. They have created three ways of dealing with the sludge: “organic sludge with a high dry solids (DS) content, which can be used as a biofuel; inorganic sludge with a high phosphorus content, which can be used for agricultural fertilizer; and liquid-containing soluble organic matter and the precipitation chemical used in phosphorus removal” (International 1). The left over liquid is returned to the treatment plant where its organic content provides a carbon denitrification source, and its precipitation chemicals are reused during the phosphorous removal process. Because the project eliminates the cost of sludge disposal, it practically pays for itself. It also provides an energy surplus, because the biofuel's energy value exceeds the energy consumed during the process. If the United States and other countries could adapt their Sweden’s sludge disposal methods, we could end the current degradation of our waterways. 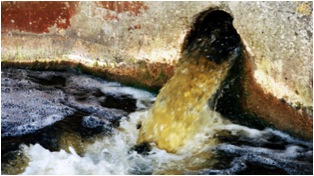