Biological Diversity is Important for People

We are in the midst of the 6th mass extinction event. Extinction is a natural event. It is estimated that 99% of the Earth’s species have already gone extinct (since the beginning of life on our Earth). The difference is that in the past the evolution of animals balanced the rate of extinction whereas now, human destruction of species outpaces the ability of most species to adapt (Vince, 2012). In the next 100 years it is thought that half of the plants and animals will disappear from the Earth (Helena, 2013).﻿﻿﻿﻿﻿﻿﻿﻿
What does this mean? It means loss of biological diversity. We are dependent on biodiversity for many of the Earth’s processes which keep us warm, fed and healthy. Because we are scarcely supporting efforts to preserve our world we are headed down the path to our own destruction. 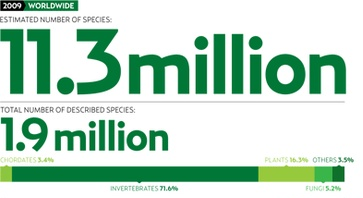 Figure 1 shows how little we know about the most ubiquitous organisms on the planet: microbes. Because of their small size and similar shapes, understanding their role, population and extinction rate is a challenge (Chivian 2008).
﻿﻿﻿﻿


Our food is at risk
Pesticides and herbicides used in agriculture have led to threats on pollinators. For example honey bees become disoriented, lost and unable to return to their hives causing colony collapse disorder. In the US alone 80% of colonies have been lost. Without bees 1/3 of the human diet would be lost along with pollinators (Calderone, 2012). Albert Einstein conjectured, “If honey bees become extinct, human society will follow in four years.” It is a bleak future but a quite possible one.
Degrading of the soil is another great threat to our food. The world’s soils hold much of the world’s biological diversity. It is the foundation for all life to grow and flourish. Modern tillage practices in agriculture ravage the soil’s fertility.  Drying of the soil can cause greater prevalence in diseases. Some soils, when dried, release fungi. When inhaled, the fungi can cause illness. Throughout the world soil is undervalued and ravaged by insecticides, fertilizers and herbicides for short term, higher yield crop outputs (Helena, 2013). Their further benefits are not yet known, though. Research is being done to study antibiotic qualities of soils. Their many regulating properties are also being examined in the further regulation of ecosystems.

Our global health is at risk

The pollutants we put into our ecosystems affect us. Model organisms such as amphibians have been reacting to pollutants and climate change in adverse ways: climates becoming drier, hermaphroditism, fungal disease, etc.  As indicators for future human issues, amphibians are showing us a bleak future.
The ecosystem services that sustained human populations for centuries are losing their capacity to do their job. 2.5% of the Earth’s water is fresh water. Due to poor management that very finite amount is becoming more and more polluted. The biodiversity and valuable services performed by the oceans are in decline. This is very dangerous to human health because we depend on Phytoplankton that live in the oceans for half of the world’s oxygen (Roach,  2004). Due to global warming these organisms cannot produce and grow the way they once did ubiquitously. But as we “muddy the waters” with pollutants their ability to remove carbon and do photosynthesis to produce O2 is more and more compromised. Unfortunately, influx of nitrogen from farming runoff has led to blooms of algae that make anoxic conditions in our oceans where no life can live.
Phytoplankton's oxygenation of Earth.
Our global community is at risk 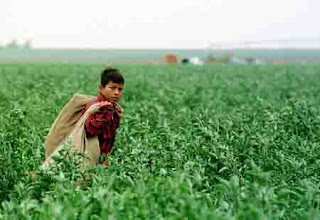 Food accessibility and food justice within the US is skewed. Many of the people that work in this unsustainable system do not have access to good food or equal rights. The ease with which we subjugating our fellow human beings, makes very clear why it is so easy for us to subjugate the environment that sustains us.
In the Global South, and in the US, the disenfranchised are living near toxic runoff from mining or dangerous chemical plants. Migrant workers are being exploited to sustain our food industry.
The Answer
Until we prove that humans need nature and it is a widely known fact, the biodiversity crisis will not be well known (Beardsley, 2009). Conservation biology must become symbiotic with other areas such as political ecology in order to achieve wide exposure. Perspectives on biodiversity conservation ultimately must focus on economic and social sustainability for success (Wu, 2008). 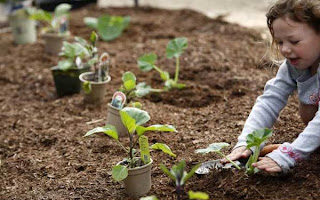 The first step is to see each other as equals and as valuable. This is the only way we can see the Earth and its organisms as valuable. Indigenous ways of life, which the disenfranchised hold the knowledge of, are the answer. Throughout the world indigenous peoples have known for centuries how to live in mutually symbiotic relationships with nature (Clarkson et al., 1992).  If people started getting involved in the raising of food and reduce lands used to manufacture food this would allow the biological diversity, which sustains every human on earth, to recolonize and flourish again.
Movement toward buying local food, being able to grow your own food and prepare it is needed. If everyone ate one less hamburger, we would need less land to grow grain to feed livestock, less land to pasture them or hold them in a factory, less water used to quench them, and have less pollution due to manure run off. This also leads to the lessening of migrant workers being exploited in “undesirable” jobs. Preservation of biological diversity, among and within species, is possible for all countries and communities if every human has a stake in their own survival. It is our responsibility to make sure organisms have that possibility too.
Sources:
Barnosky, A. et al.2011. Has the Earth’s sixth mass extinction already arrived? Nature  471, 51–57 Online: http://www.nature.com/nature/journal/v471/n7336/full/nature09678.html http://www.nature.com/nature/journal/v471/n7336/full/nature09678.html