Gut feelings: Why you should care about Probiotics 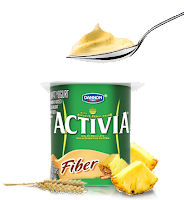 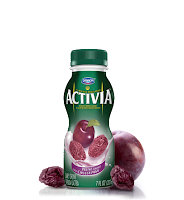 As more research is being conducted on the human microbiome, we are discovering the truth behind the saying ‘You are what you eat.’ In today’s society it is almost impossible to avoid the constant advertisement of food. Coupled with the thousands of diet plans, all claiming to be the best for you, it can be somewhat difficult to decide just what to eat for a snack. With labels such as Organic, Gluten-Free, Vegan, Free-Range, and Contains Probiotics on products in the grocery store, one can spend hours weighing the healthiest option.
Short Video on Probiotics

With more exposure and research being done on the gut microbiome, there has been an increase in advertisement of the products containing probiotics, such as yogurt.  Companies like Dannon, Yoplait and Stonyfield produce yogurt containing probiotics. The most heavily advertised is the Dannon Activia yogurt that promises to promote a healthy digestive system. What is it about probiotics that makes them beneficial to our health? Probiotics are live microorganisms in bacteria and yeast, they are believed to aid the digestive system. They also help fight against diseases and balance the microbial environment of the intestines. The yogurt Activia uses the probiotic culture Bifidobacterium lactis DN-173 010 because it is able to survive the digestive system.

Recently, scientists have discovered that the health of gut microbiome has been shown to modulate brain activity. Previously, we only had knowledge of the signals sent from the brain to the gut and not vice versa. With the new information concerning our gut flora, we need to consider why the snacks we choose to eat are important to the overall health of the human microbiome as well as our brain activity rather than just simply our waistlines.

The signals that are sent from the gut to the brain were first observed in rodents, it was only in a recent study that it was also shown in humans. The study of the effects of probiotic yogurt on women was conducted at a UCLA research facility, the tests were also done with women eating no yogurt as well as women eating a dairy product that tasted like yogurt [2]. During the four-week study the women were asked to do a series of tasks to test reactivity to certain stimuli. The brain activity for regions that are associated with sensory and emotion were observed for the three groups of women. Surprisingly, the group of women consuming the probiotic yogurt showed a decrease in brain activity for emotions and sensations. The women who consumed the dairy product without probiotics had an increase in brain activity for these regions. Results from the group that had not consumed any yogurt also showed an increase in activity for the emotional and sensational regions.  Brain scans were also performed on the women when they were not completing a task and resting. Results from this scan show that women eating the probiotic yogurt had an increase in connectivity for the cognitive activity in the prefrontal cortex of the brain. Figure 1 displays a graph that shows the reduced activity to emotion attention task in different parts of the brain [1]. These are not showing a decrease in activity of the brain but simply encompass an overall difference in activity levels after intake of probiotics. The results from the study give more insight into the effect of food on the human microbiome. The yogurt a person chooses to eat for a snack will affect their brain activity in multiple areas. It is beneficial to understand the relationship of our diet and our gut flora as it pertains to brain function. 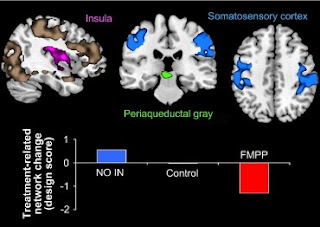 Figure 2 (1).
The more research conducted on the gut flora of our bodies can lead to treatment of many gastrointestinal diseases and other ailments associated with the gut. Each person has a different gut flora that is specific to the environment they are exposed to as well as the food they consume. A majority of the information about food that is available to consumers is primarily focused on the effects it has on their fitness. We often hear about the benefits of eating more vegetables and fruits in association with our waistlines but not as much as their effect on the microbial community of the human body. With obesity and the health problems that it causes beginning to become more apparent to people in the United States, companies have started advertising the health benefits of their products. While there are many food plans that can help you lose weight, many people are oblivious to the health of their microbial community. The human microbiome is an important part of digestive processes, production of vitamins, as well as maintaining the intestinal barrier (3). Each person can be thought of as an ecosystem in itself. A postivie relationship between the host and the community living in symbiosis is crucial to all ecosystems. The biggest threat to our ‘ecosystems’ is the use of antibiotics, which can be compared to the use of pesticides. Antibiotics allow us to fight off sickness but at the same time can do damage to our microbiome. There needs to be more research directed towards our microbiome and the effect medications will have on it in the long run. Scientists are only recently discovering the diseases that are caused by the imbalance in the human microbiome. Until more detailed information becomes available on our microbiome, we can start implementing practices such as consuming foods with probiotics, and living a healthier lifestyle to ensure the health of our ecosystems.