For our own sake, foster urban biodiversity

Urban biodiversity is often overlooked in our general concept of conservation efforts. We picture national parks or other large swaths of protected land where wildlife is maintained separate from human populations.  However, research suggests that biodiversity conservation efforts in cities may be equally, if not more important than in remote parks. Ricketts and Imhoff (2003) performed a study in order to prioritize terrestrial ecoregions for conservation based on areas with high levels of both biodiversity and human threat. They created indices for species richness and endemism and defined human threat by land use. In addition to identifying priority locations, they found that conservation efforts may be more critical in human population centers (Ricketts and Imhoff, 2003). 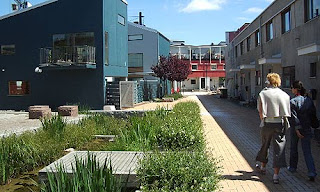 Biodiversity is important to cities beyond its contribution to overall conservation efforts. Green spaces in cities serve as critical migratory corridors for some species. People want access to nature and the services that come with it (Maddox, 2012). A 10% increase in urban tree canopy cover can result in 3-4 degree Celsius decrease in ambient temperature, reducing the need for air conditioning. However, one of the most compelling arguments for urban biodiversity is the health benefits. Rich diversity in cities contribute to ecosystem services such as improved air quality, dust filtering, and acting as a carbon sink. Proximity to plant life can reduce prevalence of childhood asthma and allergies (Simonsen, 2012). These are just a few examples of the myriad health benefits that biodiversity provides, but the bulk of investment in biodiversity conservation efforts currently focuses on land that is far away from population centers. However, given the health implications as more people move into in cities, a greater effort should be put toward studying and protecting urban biodiversity. Change can come through developing better protection schemes and incorporating considerations for biodiversity into urban design (Maddox, 2012), as well as community based efforts.

One mechanism for increasing urban biodiversity is to support urban agriculture efforts. Some cities already utilize urban farming a great deal; a 1996 UN report estimated that up to 80% of families in some Asian cities and others around the world are involved in agriculture. Urban agriculture itself has huge public health implications. Gardens can strengthen local food security when paired with support in the form of knowledge, tools and space. Though many variables affect agricultural outputs, given average growing conditions, a 10 by 10 meter plot can provide a household’s yearly vegetable needs including much of the nutritional requirements for vitamins A, C, B complex and iron (Brown and Jameton, 2000). While such a plot may not be a viable option for many city dwellers, smaller plots or community gardens can still contribute to increased nutrition. Gardens also contribute to improved personal wellness. Research supports the associated benefits of physical exercise, stress release, and other psychological and social benefits (Brown and Jameton, 2000). In fact, naturally occurring soil bacteria can act directly as a mood enhancer. One bacterium, mycobacterium vaccae, boosts serotonin levels and reduces anxiety (Healthy Organic). 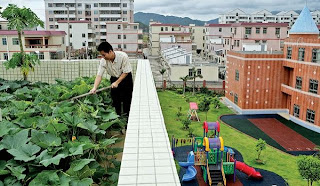 Urban agriculture improves public health through other forms of stress reduction as well. Community gardens help improve the social capital of neighborhoods. Indirect effects include reduced burglaries, thefts, and illicit drug dealing in neighborhoods with garden projects (Brown and Jameton, 2000). In addition to broadening our concept of biodiversity conservation, we must broaden our definition of the traditional concept of health. Though these community improvements don’t fall under traditional notions of health improvement, they have impacts on personal well-being.

Positive health benefits from increased urban biodiversity stem from a plethora of activities that are not limited to gardening. The state of Kerala in India just piloted a new Urban Biodiversity Enhancement Programme. Several polluted urban ponds have been turned over to residents’ associations for cleaning and restoration. Local residents transform these into urban biodiversity centers by planting medicinal plants and trees, some of which are native. One pond already has about 160 species of medicinal and flowering plants. Though the pilot ponds are in various stages of completion, the project is being considered a success and more ponds will soon be turned over (Unni, 2013). As well as improving the environmental and social health of the neighborhood, these projects provide a local source of plants with medicinal properties. 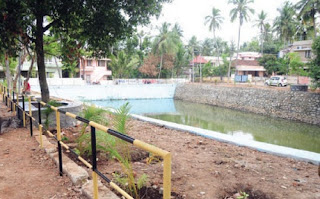 Urban agriculture can result in some negative environmental health consequences. These come from the use of chemical fertilizers and pesticides, which can cause negative health effects through direct exposure and pollution. Current and historically industrial sites have also been shown to cause health problems for those ingesting the food grown there. Plants take up hazardous manufacturing residues that can be toxic to humans in certain concentrations. On the other hand, phytoremediation (using plants to remove contaminants more efficiently) presents a potential solution to that issue, as well as improving the health of city land in general (Brown and Jameton, 2000).

There’s a caveat, however, for plant based biodiversity programs. A study of changing biodiversity patterns in cities found that plant species richness increases because of importation, but animal species richness tends to decline. This is because humans directly control plants but almost never animals and microbes—the implication being that conserving natural habitats defined by plants doesn’t guarantee the other components of biological community (Faeth et al., 2011). The fauna and microbes in a community are crucial for biodiversity and the ecosystem services they provide. This should be accounted for more in urban biodiversity efforts.

So how can more efforts be initiated? If biodiversity programs are going to occur in and be maintained by local communities or neighborhoods, an easy answer would be educating those residents about the importance of urban biodiversity. A study by Shwartz et al (2012) came about from the lack of existing evaluation of the effectiveness of urban conservation programs that are meant to increase action toward and knowledge of biodiversity. Their study examined the influence of an urban conservation activity day on knowledge, awareness and actions toward biodiversity in Paris. They founds that a single activity day increased interest and knowledge of local urban biodiversity but had little effect in the long term. Subsequently, they hypothesize that repeated education programs could achieve conservation goals more effectively (Shwartz et al., 2012). This comes as no surprise; real effort toward biodiversity conservation requires a sustained commitment. However, the benefits of such work are undeniable, from as big a scale as global biodiversity conservation down to the health of each urban individual. 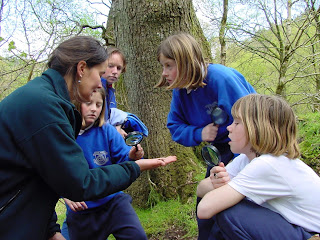